Your text will appear here..

A vast variety of different stylish fonts is available here, just type some text in input bar, scroll down, select your favorite font, and click decorate if you want to embellish your selected font more. Otherwise just click copy and paste it to your Instagram, Twitter, or Facebook profile to make your message, bio or status catchy and distinctive.

After selecting your required font style, just click the decorate button and this tool generate the most sophisticated font styles by combining different emoticons, symbols and font styles available here. You can use these decorated fonts as an Instagram fonts and gain individuality among your social media friends.

By using the large range of different font styles and symbols, this tool produce a large number of stylish, funky & cool decorated fonts at your every single click that help you to make your newspaper articles, blogs, website contents and scripts stand out from others.

This tool is designed with the aim to deliver the utmost ease of use to all the users. The user-friendly interface of this tool allows you to copy the font style and decorated font at a single click. Just click the copy button, showing right against the font style and paste it anywhere you want by using CTRL+V.

This tool uses the large range of standard Unicode characters to generate a vast variety of font styles and combinations. That’s why, all the fonts generated or decorated by this tool are 100% compatible for any browser or any social media platform.

All the fonts, symbols and emoticons available on this website are totally free to copy and paste for any commercial or personal use. So, just decorate your text, copy it to your social media platform and make it distinctive from all other out there.

Want to change your writing style, make it the ambiguous one by using uncommon languages? Received a message in Anglo-Saxon Futhorc Runes language but didn’t know its meaning? Or want to send something private message in a non-monotonous language? Then, there is nothing better than using Anglo-Saxon Futhorc Runes language for all these & many other purposes.

What is Latin Script to Anglo-Saxon Futhorc Runes Translator?

Anglo-Saxon Futhorc Runes translator is a two-dimensional version of the Language converter, typically convert text from simple Latin Script to Anglo-Saxon Futhorc Runes in real-time. Thefontworld.com, largest font style collection on web today, developed this tool for modifying texts in order to help people for making their writing pieces and messages more impactful and statuesque. Now, this tool has found its way into mobiles, PCs and bookmarks bar of more than 3 million+ people worldwide with the widespread adoption of symbolic characters due to its perfection, flawlessness and enhanced compatibility. Use it Now to experience its Power!

Operating this tool is completely hassle-free and easy as we have designed it to be totally user & browser friendly. Convert your regular & ordinary texts into a series of Anglo-Saxon Futhorc Runes characters in 3 simple steps:

Paste or write the text you want converted in the “input” section above.

Check how your converted text looks in the “output” section.

Select all the converted text, copy it and use anywhere you want.

No matter you are the fan of Anglo-Saxon Futhorc Runes language and want to express your messages in this or want to update your Facebook status with other language characters, Thefontworld.com has you covered with a wonderful array of Anglo-Saxon Futhorc Runes language and other relevant languages with different font styles, emojis, and icons that include Symbols, aesthetic emojis, Cursive text, Filipino, Dothraki, Old Prussian, Chinese, Manga, Valyrian, Shakespearean, Esperanto and many more that will help represent your messages in different ways with more impact. Choose your required text style or language from the options given above to make your messages, statuses, assignments, writing projects, blog posts, informative contents, and chats one-of-a-kind and suit your style, without copying anyone else. You can choose combinations of generated Anglo-Saxon Futhorc Runes with other fonts and emojis based on type of message or text-based task you want to do; Surely, you can find an exact Anglo-Saxon Futhorc Runes combo or relevant language here that represent your message in particular way you want.

Convert 100+ texts & sentences easily in one go into sets of Anglo-Saxon Futhorc Runes. With us, enjoy over 200 + relevant languages of Anglo-Saxon Futhorc Runes like Greek, Elder Futhark, Younger Futhark, Patois, Romani, Dragon Language and many others. Moreover, every text you convert using our tool above stays entirely on the frontend and not a single character is saved on our backend server. So, convert with confidence.

Unicode is an international standard for languages. It supersedes "ASCII" and actually consists of all the ASCII languages within itself. There is literally a gamut of various languages defined by Unicode compared to the limited 256 characters defined by ASCII. By the same token, Unicode allows us to add diacritic marks which augment our characters and allow us to produce weird stuff.

Amongst the hundreds of thousands of languages which are specified in Unicode are unique characters that are variations of alphabets and other keyword languages. So we're able to create other things like Anglo-Saxon Futhorc Runes charts too. Also if you're looking for messy text, or glitchy text, these are also available with a huge range of other text generators, font editors, alphanumeric converters, & language translators. So yeah, the Unicode standard is drop-dead awesome, and it allows us to have all sorts of fun with text.

This online version of the Anglo-Saxon Futhorc Runes generator was made with utter dedication & love of our experienced developers using html+JavaScript+css with jQuery. Moreover, we offer a series of online text converting simulator tools like block text, upside down, Unicode converter, binary code converter, and many more.

If this Latin Script text to Anglo-Saxon Futhorc Runes translator is useful for you, we hope you'll share it in your social circle so it can help them too! If there's anything we can do or any other text converter that you know should be included in thefontworld.com, then please let us know! You can send us feedback by using the contact box below, or leave a comment (or both!).

Thefontworld.com is the industry-leading cool font generator to stylize and copy stylish texts using Unicode standards. Here we offer you various tools to generate, convert, stylize, modify & translate texts for all types of browsers, social media platforms and chatting platforms. We create and design every type of tool that converts text with the help of Unicode specified standards. All the additional descriptions and other contents are copyright © thefontworld.com. All the emoji images, icons and languages displayed on thefontworld.com are copyright © their respective owners and creators, unless otherwise noted. Thefontworld.com ® is a registered domain that you can use for personal and commercial purposes without the need of any registration.

This tool is very easy to use. You can decorate any type of simple & ordinary texts and transform them to most beautiful and distinctive font combinations just like me… Highly recommended if you want to stylize your social media profile.

Really impressed with the performance of this tool because it produces all such fonts that can be used to decorate any social media platform or any message. I have been using this stylish font generator to make my website contents and blogs catchy and attention grabbing.

Best and reliable than all other stylish font generators. It helped me got marvelous combinations of fonts with symbols and emoticons that I had used to make the assignment of my University more presentable.

If you want to generate stylish fonts with spectacular combinations emoticons and symbols then this tool is best for you. The fonts generated and decorated by this tool are unique that make my identity unique among my social media friends. 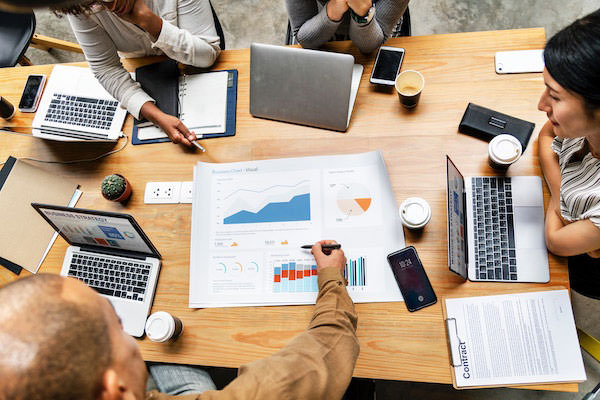 This tool is free, easy to use, reliable, and have all the qualities that make it best than all others. It allows me to easy copy and paste of all the fonts and combinations at just one click. Love it.

Does the text decorated by this tool compatible for all social media platforms?
Yes, all the fonts styles, symbols and emoticons available on this website are generated by using different Unicode characters which means that all the available range is fully compatible and can be used in any social media platform.
Can I Copy all the fonts available here for free?
A large variety of fonts and emoticons are available here that can be copy and paste for free. Whether you want Serif, Sans Serif, Script, decorative, Bold, or italic fonts, all are available here for free.
How can I copy the decorated text from this website?
Just click the copy button showing right in front of the font style and paste it anywhere you want by just using CTRL+V. It’s that easy.
Can I create the font combinations as per my requirements?
Yes, you can copy one part from one font style and the second from the other one to create a unique combination that set your unique identity among others using stylish fonts.